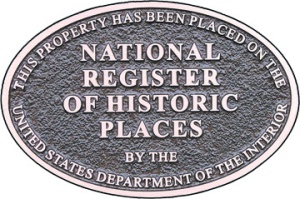 Idaho Springs, site of the first significant discovery of the Colorado Gold Rush, has several nationally-recognized historic places. George Jackson found gold at the confluence of Chicago Creek and Vasquez Creek on Jan. 7, 1859 and the town boomed throughout the 1860s. It reached a peak population estimated at over 12,000. The town is the terminus of the Argo Tunnel and site of the Argo Gold Mill.

Today, Idaho Springs is a popular stop along Interstate 70 for people heading to the Western Slope.

Argo Tunnel & Mill
Begun in 1893, the Argo Tunnel extends more than four miles toward Central City under an area of extensive mining. It was used to drain problematic water from overlying mines, and to provide a direct route to ship ores from the mines to the Argo Mill. The tunnel took 17 years to complete and was the worlds longest when completed in 1910. The Argo Mill dates from 1913. Primarily constructed with a steel frame surfaced with corrugated iron panels, portions of the mill rise to a height of nearly seven stories. The operation closed after a mine disaster in 1943, and the mill has been operated as a museum/tourist attraction since the late 1970s.

Hose House No. 2
The circa 1882 Hose House No. 2 on Colorado Blvd. was constructed to store the fire wagon protecting the western end of Idaho Springs.

Downtown Commercial District
The district has been the commercial center of the community since its development in the late 19th century. The district’s superb collection of Late Victorian-era structures—like the Hanchett Building, Mining Exchange and Queen Hotel—form the core of a city that is historically significant as the site of the first major discovery of placer gold in Colorado and as an important milling and supply center for the mining region which accelerated the settlement of Colorado.

Methodist Episcopal Church
This building is a good local example of the Gothic Revival style. Originally constructed in 1880, additions date from 1905. Slight variations in the brick work serve as evidence of the building’s expansion to meet the changing needs of a growing congregation.

Miner Street Bridge
Completed in 1902 by Kuyes and Work to span Clear Creek on the east side of Idaho Springs, this skewed, pin-connected, five-panel steel Pratt pony truss features wide roadways and cantilevered sidewalks. One of the oldest pony trusses in Colorado still in use, it is significant for its skewed design.

Summit Lake Park
Opened in 1924, the park straddles Mount Evans Road. As the highest park within the Denver Mountain Parks system at 12,800 feet, Summit Lake contains a stone shelter house designed by Denver architect J.J.B. Benedict and constructed by the Civilian Conservation Corps during the 1930s.

Originally published in the April 2015 issue of the MMAC Monthly