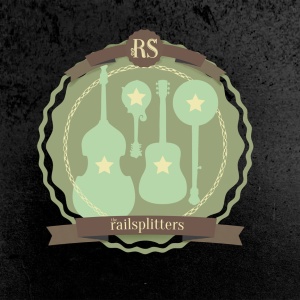 From their home in Colorado, The Railsplitters have been scaling new heights with a refreshing and charming range of bluegrass and beyond-bluegrass music. The group recently released its first album, produced by Aaron Youngberg and the Railsplitters, recorded and mixed by Youngberg at Swingfingers Recording Studio and mastered by David Glasser at Airshow Mastering.

For a debut album, The Railsplitters sound remarkably assured, playing with the kind of abandon for which the band’s live shows are known and loved. Bringing depth and talent, this group draws influences from Bill Monroe and Earl Scruggs to modern groups like Uncle Earl and Crooked Still.

The quintet usually starts by writing their songs individually and then come together to develop them as a group. This songwriting interplay adds a special addition to an already broad diversity of styles and genres on the album. From dance numbers like “Lonesome Feeling,” to modulated instrumental numbers like “Longs Peak,” to sweet ballads like “Where You Are,” The Railsplitters have a song for every kind of mood.

The Railsplitters have a musical range that sets them apart from other up-and-coming bluegrass bands. At its core, The Railsplitters are a high energy, bluegrass roots quintet whose vocals “soar well above all the blue in the sky. “

Originally published in the May 2015 issue of the MMAC Monthly