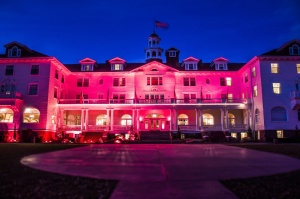 ESTES PARK – The historic Stanley Hotel has released overview plans for the Stanley Film Center, the world’s first horror themed museum, film archive and film production studio. The project has applied for an $11.5 million credit through the State of Colorado’s Regional Tourism Act, which would be generated through film center sales tax. A yes vote from the state would close a project funding gap and give Colorado a first-of-its-kind film center, creating a global, year round horror destination.

The film center will operate as a non-profit, public-private partnership. The $24 million, 43,000 sq. ft. facility will be a striking addition to the Colorado landscape and is expected to draw hundreds of thousands of film fans, industry leaders, aspiring artists and students from the around the United States and world.

The center’s Founding Board boasts some of the biggest names in horror film, including Elijah Wood, Simon Pegg, George A. Romero, Mick Garris, Josh Waller and Daniel Noah.

“I would love to have a home for which we could constantly come year-round and celebrate with other fans from around the world,” said Elijah Wood. “There’s really no better place for there to be a permanent home for the celebration of horror as an art form than the Stanley Hotel. It was practically built for it.” 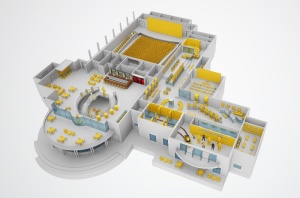 The Stanley Film Center has received numerous film and exhibit commitments from some of the biggest names in the genre including Charlie Adlard, creator of with The Walking Dead, 7-time academy award winner Rick Baker famous for his work on films like Men in Black, X-Men and The Nutty Professor and Director and Producer Clive Barker.

The Stanley Hotel, best known today for its inspirational role in Stephen King’s novel, The Shining, attracts hundreds of thousands of visitors annually, who are eager to visit one of America’s most haunted hotels.

“At 109-years-old, the story of the Stanley Hotel is just beginning,” said Stanley Hotel owner, John Cullen. “The Stanley Film Center is my chance to give back to the millions of horror fans around the world who have supported Estes Park and the hotel for so many years.”

The film center has an exclusive, educational partnership with the Colorado Film School to create an integrated educational platform for students and the public. This will include an apprenticeship and artist-in-residence program that allows students to participate in the operation, curation and creative elements of the center.

“Students and faculty will work side-by-side with some of the biggest industry names to design exhibits, curate films, program events and lead workshops and masterclasses,” said Frederic Lahey, Founding Director of the Colorado Film School. “This is the type of opportunity that will draw students from around the world.”