If television shows are a bit two-dimensional for your tastes, Spirit Realm Investigative Project is leading the 2nd annual “Paranormal Night with the Spirits” at the Gilpin Historical Society, Oct. 29 from 7-10 p.m., where participants can learn about and practice ghost hunting for themselves. Tickets are $45, or $40 per person for couples. Proceeds benefit the Gilpin County Historical Society.

“This event is to introduce those who are interested in the scientific and metaphysical aspect of ghost hunting, as we would rather call it paranormal investigating,” lead investigator and Spirit Realm founder LeeAnna Jonas said. “We will first have a mini seminar on such topics, also refreshments and snacks, door prizes and then down to business. You will go on an actual paranormal investigation of the Gilpin History Museum, where we have witnessed spirit activity.”

Participants will learn and possibly witness how to communicate “with those that haven’t crossed for whatever reason.” According to Jonas, it is “mind blowing” for some. “Those who are skeptics, may not be again,” she said. “[It’s] fun for all and educational, also, for this field… it’s interesting for those who don’t normally get to see or learn about it.” Last years event was covered by Denver’s Channel 2 and Fox News.

There is very limited space to allow for an intimate experience. Call ahead to reserve space. 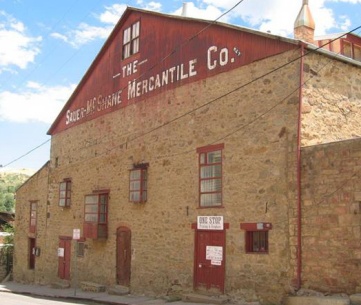 The investigation of the Sauer-McShane Mercantile building will be on a new TV show, True Ghost Stories. It will air true and unscripted investigations from everyday paranormal investigative teams from around the world and Spirit Realm Investigative Project represents Colorado. It will first air in Europe. “The TV episode… will feature how our Team Historian, Lolli Hughes, handles one of her earlier investigations with the team. She had not learned as of yet to put her walls up, as we like to call it in the spiritual world. There is a level of protection you must adhere to when investigating the unknown. Yes, you do come across powerful energies, and some not so nice.”

According to Jonas, in this particular investigation of the Sauer-McShane building, they ran into a “negative” spirit. “We actually received a name on our equipment, a name for this spirit that physically attacked Lolli numerous times,” she said. “Like in life there are folks that have a bad reputation, and in death—for those who don’t cross—they remain the same as they were in life. As paranormal investigators, we try to prove, debunk and show what we have learned over the years, and with aide of scientific equipment. We use that to prove they exist.” No matter what they’ve seen, heard and felt, Jonas insists the do not “push our beliefs” onto others. Everyone has their own take on those of the afterlife. We just offer an experience, take it or leave it.”

The Sauer-McShane building investigation was actually one of Jonas’ most fearful. The building has had it’s “share of trauma,” according to Jonas. It was one of the only buildings not burned in the 1874 fire and men died building it, as it is made of stone. “One of the most notorious occupants from as late as 1946, was Angelo DiBenedetto, an artist who lived in The McShane until his death in 1992,” Jonas said. “He ran an art school on the second floor of the building. He was well known in town and made murals for the City of Denver. There was once a man who ran a print shop on the second floor after Angelo died. He came back a few times to find the furniture moved up against a wall. He finally left a paper in the middle of the floor and asked the spirit to put down [its] name. He later came back to find Angelo’s name written on the paper. This particular investigation of ours will be featured on the TV show True Ghost Stories because of the communication we came into contact with that night.”

Originally published in the October 2016 issue of the MMAC Monthly 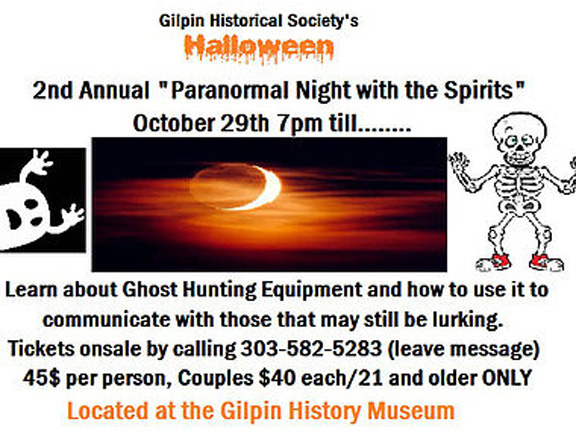