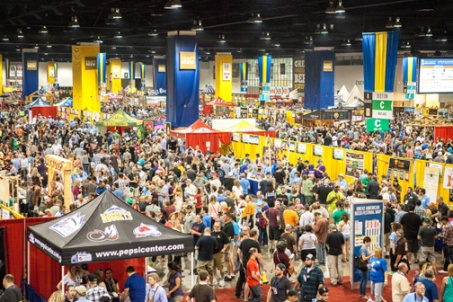 DENVER
The Great American Beer Festival has been bringing exceptional brewers and beer lovers together since 1982. Evolving with the booming craft beer industry and keeping up with Americans’ desire to tap into indie beer, GABF is now the single largest ticketed beer festival and event with the biggest selection of beers in the U.S. Attendees have an opportunity to try a varied assortment of beers from all corners of the country and experience the eclectic U.S. beer community. Coupled with a private competition and awards ceremony, the overall event showcases the U.S. as the greatest and most diverse brewing destination on the planet.

Not only about sampling quality beer, GABF is also a beer competition— one of the world’s largest and most distinguished. This year is expected to see nearly 7,000 beers from over 1,600 breweries competing in 96 beer style categories for their chance at the coveted gold, silver and bronze medals as named by GABF’s prestigious beer judges.

Several breweries in the Peak to Peak Region, including Rock Cut Brewing, Oskar Blues Brewery, Very Nice Brewing Company, Dostal Alley Brew Pub and Tommyknocker Brewery are attending this year’s event. Many more from nearby Loveland, Boulder, and Golden will be serving at the sold-out event and entering the contest. 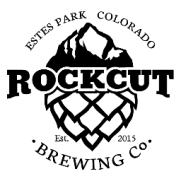 Matthew Heiser, co-owner of Rock Cut Brewing, said they are attending the festival for exposure to expand its customer base and to “be a part of the camaraderie and support” the craft beer industry along with the ability to talk to thousands of people about his beer. The brewery will serve its Smoky Brunette, English Porter, Bock and Bitter Librarian Red IPA. All four and a Bohemian Pilsner are being judged.

“We’ve done well to create some buzz outside of Estes Park, and to bring customers up from Boulder, Longmont, Loveland and Fort Collins, but we would like to grow that interest,” he said. “We will look to start distribution outside of Estes here soon, and existing brand recognition in these other communities will certainly help that early distribution. While just getting our beer in front of those customers at the festival is a wonderful start, the slim chance of a GABF medal could create a meteoric expansion. Colorado beer drinkers are educated consumers and seeing a GABF medal… has a real meaning.”

The breweries owners would also like to be part of the  “camaraderie and support of the craft beer industry in general” by attending. “A big part of the craft industry is about education; furthering knowledge of the product and the processes to create it. The ability to stand behind a GABF table and talk to the thousands of people that walk by is a great experience,” Heiser said. “This first year we’ve been too busy to get out and network with other breweries that often, and we look for this opportunity to spend more time talking with other brewers and tasting their creations as well. GABF represents a chance for us to learn and grow as well.” 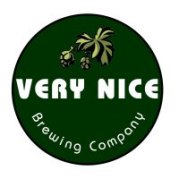 “Most of the folks attending are from Colorado, and therefore have the opportunity to come to the brewery. We often have folks come in and remark that they found us at GABF. It’s great exposure… and that is really the essence of why we attend.”

According to Green, the competition has to be “taken with a grain of salt” but doesn’t count himself out. “Of course, we would love to win. To be recognized by your peers is the greatest validation that you are doing something right and feels wonderful,” Green said. “All that being said, I think there are around 260 medals and over 5000 beers in competition, so again, grain of salt. The competition is a great thing for the industry, it inspires everyone to keep improving. Make that IPA a bit hoppier, that stout a little more complex, or try something super weird and innovative.”

The Central City Sahti brew is a recreation of one of the world’s oldest, continually-brewed styles of beer. Thomas and Schmalz brewed their new fall seasonal beer with Jason and Josh Cody of Colorado Malting Company using 400 pound of specialty Sahti malt from Viking Malt in Finland, bread yeast only, six pounds of juniper wood shavings cut and draw-knifed from Alamosa juniper trees the day before brewing, local wild hops and big branches of local Gilpin County juniper bristling with bunches of ripe juniper berries. 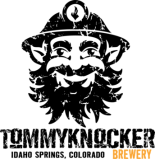 Tommyknocker Brewery in Idaho Springs has been involved with the festival for decades, has a larger “end-cap” booth, sponsors and supplies non-alcoholic sodas to the Designated Driver program. “We have been involved in the GABF from early on and consider it a home town event, and we kind of felt like hosts,” Tommyknocker Brewery Director of Brewery Operations Steve Indrehus said.

The brewery will be pouring and entering into the contest its Colorado IPA Nouveau, Butt Head Bock, Tundrabeary, Mountain City Amber and Imperial Nut Brown. Their Blood Orange IPA will be available to taste only.

Originally published in the October 2016 issue of the MMAC Monthly

Other breweries from neighboring communities attending GABF this year: