NEDERLAND
Immerse yourself in a night of films capturing the spirit of winter, Feb. 9, from 7-9:30 p.m., at the Backcountry Film Festival at Nederland’s Backdoor Theatre. Adventure, environment and climate, youth outdoors, ski culture are all featured in the award-winning lineup of films benefiting the Wild Bear Mountain Ecology Center. Tickets are $15. The festival will also be screened at American Mountaineering in Golden, March 16.

The film festival is produced each year by Winter Wildlands Alliance as a “celebration of the human-powered experience and a gathering place for the backcountry snowsports community.” The nonprofit organization works at the national level to inspire and educate the backcountry community to protect and care for their winter landscapes. Funds raised at each screening stay in the local community to support human-powered recreation and conservation efforts, winter education and avalanche/safety programs and to raise awareness of winter management issues. 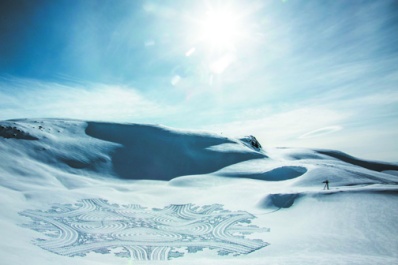 In Nederland, the event supports Wild Bear Mountain Ecology Center. Since 1995, the center’s mission has been to provide year-round educational programs to all ages to instill a life-long appreciation of the environment and promote an environmentally aware and ecologically sound community.”

Wild Bear has also been connecting people with snowshoeing since 2005 when David “BigFoot” Felkley, local snowshoeing “guru” and guide, volunteered to set up programs for youth at Nederland Elementary School. Beginning in 2010, he also took groups of all ages to play on snowshoes in local forests.

When Felkley passed away in 2014, he left a fund to purchase youth and adult snowshoes. Now, Wild Bear is known regionally as a top winter ecology on snowshoes youth program as well as a place for anyone to rent shoes. Wild Bear recently partnered with Winter Wildlands Alliance to become an official “snow school” and serves schools from throughout the region.

Also included is “There On The Periphery,” by Joel Wolpert; “Reflections,” by Ben Sturgulewski; “AK Girls Way” by Jason Thompson; “An Education,” by Mike Schirf; “Season on the Brink,” from Dogy Down Films; “The Lost Sierra,” by Colby Elliot; and “China, A Skier’s Journey” by Jordan Manley.

Lifecycle of a Powderwhore
Filmmaker: KGB Productions
Duration: 6 min 12 sec
Jonah Howell grew up in a devout Mormon family in Salt Lake City, UT. He first started skiing in high school, but his mission, a mandate of the Mormon Church, took him far away from the powder of the Wasatch. Fortunately for all you Powderwhore fans out there, he quickly realized that the church wasn’t for him and re-directed his energy, pursuing skiing and the mountain life, with the piety of a true Jack Mormon. But it wasn’t until he borrowed his dad’s camcorder and together with his brother Jonah, started crafting ski edits of his friends that the idea occurred to him that he might be able to make a living, albeit a dirtbag one, from the ski bum way of life.
Sponsors: Flylow, Scarpa, Rocky Mountain Undergrund, Oskar Blues

Strap on a pair of snowshoes to transform your learning into our winter wildlands! As the snow flies each winter, Selkirk Outdoor Leadership & Education (SOLE) heads out to the field to facilitate their unique blend of SnowSchool Experience programs for the local area youth of North Idaho, Northwestern Montana, and Eastern Washington. During these transformational, place-based experiential education programs 4th – 12th grade students explore their winter landscapes on snowshoes to make sound academic connections related to snow-science, winter ecology, outdoor living and travel skills, and avalanche awareness. Coupled with good ‘ole fashion fun, SnowSchool participants are able to develop relationships within themselves, with their peers, with their community, and with their natural world.

An Education
Filmmaker: Mike Schirf
Duration: 9 min 7 sec
What does it take to complete Lilliana’s goal to Backcountry Ski in Antarctica at the age of 11? Follow daughter-father duo Lilliana and Mike Libecki on their journey to the far corner of the globe.

Season on the Brink
Filmmaker: Dogy Down Films
Duration: 11 min 45 sec
Mother nature is neither for you nor against you, just indifferent. A lot happened last winter in the northeast; some of it great and some of it terrible. Come along for the ride with a group of close friends who set out to explore deeper into the northeastern backcountry, and along the way came face-to-face with the harsh realities of making sound decisions in the mountains.

Pace- Pedal to Peaks
Brody Leven
Duration: 2 min 44 sec
Everyone explores differently. For professional adventure skier Brody Leven, a human-powered pace defines exploration. Lucky for him, when riding a gear-laden bicycle around arctic Norway to climb and ski peaks, slow is the only option.

The Lost Sierra
Filmmaker: Colby Elliot
Duration: 7 min 5 sec
The U.S. Forest Service is currently planning for the future of winter use on public lands across the country. The process has begun on five forests in northern California, including the Plumas. The Lost Sierra gives us a snapshot of the history and of the current day culture of skiing in the Sierras.

China, A Skier’s Journey
Filmmaker: Jordan Manley
Duration: 16 min 19 sec
Skiing as sport is in it’s infancy in China, a phenomenon of the country’s exploding middle class. As a means of survival however, it is thousands of years old, a stone age hunter-gatherer technology born in the Altai mountains where China, Mongolia, Kazakhstan and Siberia merge. On a vast trajectory that spans 11,000km of Northern China, Chad Sayers and Forrest Coots touch down into the rich past and dizzying future of these two respective Chinese ski cultures. As one rapidly expands, they find the other is at risk of disappearing.

SnowArtist
Filmmaker: Sindre Kinnerød and Audun Fjeldheim
Duration: 5 min 59 sec
By creating mesmerizing designs in the snow by walking in a pair of snowshoes the British artist Simon Beck takes hiking in the mountains to a whole other level. Simon Beck was one of 4 artists that were invited to Stryn in Norway. The inspiration they found here led to unique art projects.

Originally published in the February 2017 issue of the MMAC Monthly