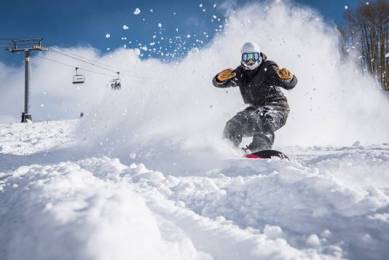 COLORADO
Colorado Ski Country USA (CSCUSA) announced today that its 22 member ski areas reported an increase in skier visits in January and February this year. Skier visits at CSCUSA ski areas were up 1 percent during the second period of the 2016-17 season, which runs from January 1, 2017 through February 28, 2017, compared to the same period last year.

“After a warm fall, which kept many guests out of the high country, the snowstorms in late December and early January created great skiing conditions across Colorado,” said Colorado Ski Country USA President and CEO Melanie Mills. “Martin Luther King Day and President’s Day weekends were some of the busiest of the year, driving visitation numbers up for the period.”

This season’s total visits are a mere 2 percent behind last year’s record setting pace, but well ahead of the five-year average. For the 2016-17 season to date, defined as opening day, October 21, 2016, through February 28, 2017, visitation at CSCUSA resorts was up 8 percent over the five-year average. With great spring skiing conditions all around the state, ski areas are welcoming spring break visitors and guests from all over the world.

“We still have a lot of ski season left with Colorado’s snowpack at 125 percent of average,” continued Mills. “March and April are typically our snowiest months and also have lots of sunshine and warm bluebird days, so we’re hopeful visitors will continue to enjoy Colorado Ski Country’s resorts deep into the spring.”

Final season visitation numbers will be announced at CSCUSA’s 54th Annual Meeting in June. Skier visits are the metric used to track participation in skiing and snowboarding. A skier visit represents a person participating in the sport of skiing or snowboarding for any part of one day at a mountain resort.