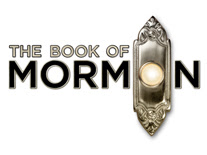 DENVER
Back by popular demand, THE BOOK OF MORMON, which played sold-out runs starting with the national tour launch in 2012 and return engagements in 2013 and 2015, returns for a limited engagement June 13-July 1 at The Ellie. Presented by the Denver Center for the Performing Arts, tickets start at $35 and go on sale to the public February 5 at 10 a.m. at denvercenter.org. There will be a lottery for a limited number of tickets priced at $25 each for every performance. Lottery details will be announced closer to the engagement. 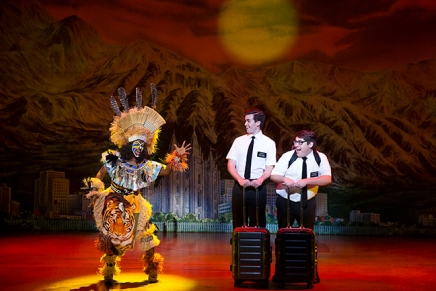 Please be advised that the Denver Center for the Performing Arts – denvercenter.org – is the ONLY authorized ticket provider for THE BOOK OF MORMON in Denver. Ticket buyers who purchase tickets from a ticket broker or any third party run the risk of overpaying, purchasing illegitimate tickets and should be aware that the DCPA is unable to reprint or replace lost or stolen tickets and is unable to contact patrons with information regarding time changes or other pertinent updates regarding the performance. Patrons found in violation of the DCPA Ticket Purchase and Sale Terms and Policies  may have all of their tickets cancelled.

THE BOOK OF MORMON features book, music and lyrics by Trey Parker, Robert Lopez and Matt Stone. Parker and Stone are the four-time Emmy Award-winning creators of the landmark animated series, “South Park.” Tony Award-winner Lopez is co-creator of the long-running hit musical comedy, Avenue Q.  The musical is choreographed by Tony Award-winner Casey Nicholaw (Monty Python’s Spamalot, The Drowsy Chaperone) and is directed by Nicholaw and Parker. 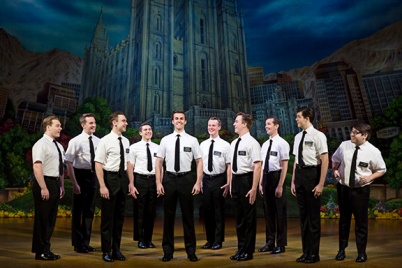 The Original Broadway Cast Recording for THE BOOK OF MORMON, winner of the 2011 Grammy Award for Best Musical Theater Album, is available on Ghostlight Records.