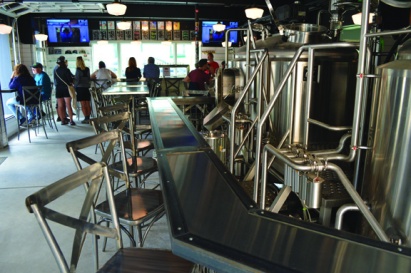 By Jennifer Pund
GEORGETOWN
Stacey and Steve Skalski believe where you drink beer is just as important as what beer you drink. The couple is on a mission to make their recently opened Guanella Pass Brewery in Georgetown a part of everyone’s mountain adventure—and brew excellent beer.

“When you look out here, you see beautiful mountains, cool motorcycles and ATV’s and hard core jeeps with mud splattered all over them. It’s a whole vibe of ‘I want to do that.’ We love it, and just want to resonate with everyone,” Stacey said. “It’s all just part of the experience. I think Colorado overall is kind of the whole microbrew theme and we just want to fuse that with the mountain experience.”

Craft beer is now available anywhere, Stacey points out, but at Guanella Pass they invite their guests to enjoy the experience. “You can go to any strip mall in Denver and have a great craft beer,” she said, “but you might be looking out to a road or out to other warehouse fronts. You don’t have that whole visual experience we encapsulate with our brewery.” 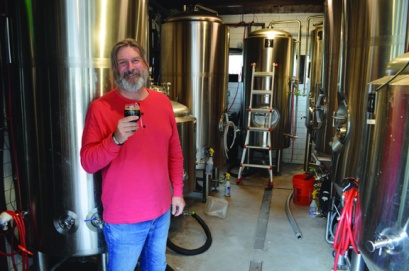 Steve and their head brewer Jon Strother met one day in a brewery and discussed their dreams of getting into the industry. After a year of home-brewing together, they decided to go get some formal education and open their own place.

“We were brewing together for about a year prior to opening the brewery, but [Jon’s] been home-brewing for several years now,” Steve said. “I attended the Siebel Institute to learn about brewing beyond home-brewing,” Steve said. “[Jon] got some education from Regis University, he attended their inaugural [Applied Craft Brewing] program, and interned… in Denver before we opened this up.”

The Skalski’s are actually self-described cooperate burnouts who got out of the rat race to follow their dreams. “We were doing the cooperate thing and just pulled the plug on that and said, you know what, now is the time for us to realize our passion and dream and go for it,” Stacey said. “[Steve] had been brewing with our neighbor in our neighbor’s garage, so it kind of materialized from there. They decided they wanted to pursue this passion, so we bought a building and went for it.” As for Steve: “I quit my job, grew out my hair and grew a beard and opened a brewery.” he said. 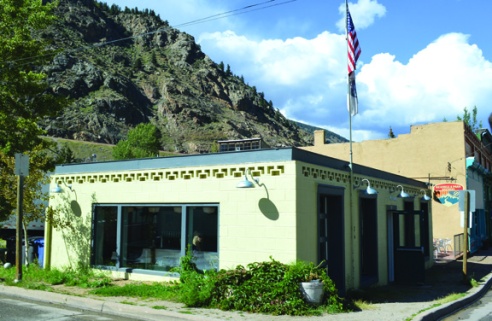 When it was discovered Denver was cost prohibitive, the couple began looking elsewhere for a building to house their brewery. “[Steve] went online and just found this building for sale in Georgetown, and as it turns out, it’s on the way to Guanella Pass. I mean you have to pass it to go up or down the pass. It was a diamond in the rough, but it just made sense, so we bought the building.”

Having been a gas station 1943 and then an antique shop, the building was in disrepair from lack of care, but Steve was able to see through the mess. “My husband put on his vision goggles and said, I can see a brewery, the bar is over here, the tap room is over here, the tanks can go here… I said, ‘I don’t believe you, but let’s go for it.’ Basically, we gutted the inside and left the exterior ” Stacey said. 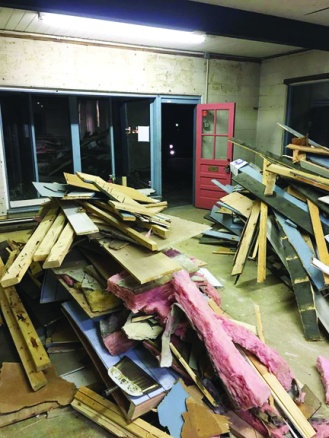 “I came in and stripped it down to dirt and poured a new floor and the drainage for the brewery,” Steve said. “We wanted to stick to a very basic design and have people feel like they are sitting in an old beer factory. This is going to be the most comfortable place in Clear Creek in the winter, the entire cement has in-floor radiant heating. The dogs are going to love it.”

The brew house, located out in the open in the tap room, consists of custom-made tanks and is responsible for making all beer served in the small brewery. Typically, seven to 10 different flagship styles of beer are available on tap, from the Season Pass Pale Ale and Kataka Mountain IPA to the Grey Wolf Mountain Rye Saison and Sugar Loaf Peak Wheat to the Saxon Mountain Stout. Strother is committed to having a line-up of beer styles that appeal to the beer connoisseur as well as the casual beer drinker.

“We have a very small space here, so we have six fermentors and five bright tanks, where we pull lines right to the tap handles.” Steve explained. “We don’t specialize in any one style. We want to keep a broad range of different styles so that no matter what you’re taste is, you’re going to find a good beer… here. We want people coming in and have several beers.” 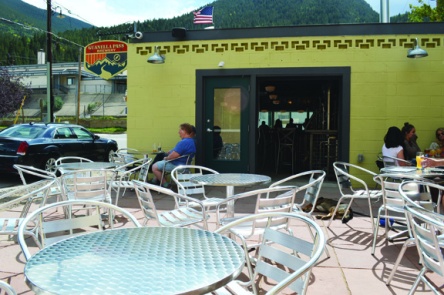 Although there are four taps dedicated to experimental and seasonal beers, everything brewed at this point have been made from four main ingredients. “All the beers we’ve brewed have no adjuncts in them, meaning we haven’t added fruit or any flavorings. All these beers are done by the malt, the yeast and, obviously, the Georgetown water is phenomenal, and the hops we have,” Steve said. “So, all those flavors are achieved without doing any additives. We’re going to experiment. With rotating taps, those can be our seasonal beers… our experimental beers.”

In the three months Guanella Pass Brewery has been open, the couple has seen all kinds of people enjoying the indoor tasting room and outdoor patio. “We’ve only been open for the summer, but it’s been great… We’ve been going day-by-day. We get a lot of locals coming in for the evenings, and the weekends we get a lot of tourists,” Stacey said. “We get a lot of your outdoors enthusiasts… It just rounds out the adventure.”

Whatever you are doing up in the mountains, if you can incorporate a great beer with that, that’s great. Stacey said.

Originally published in the October 2017 issue pf the MMAC Monthly